GM, the Next British Leyland 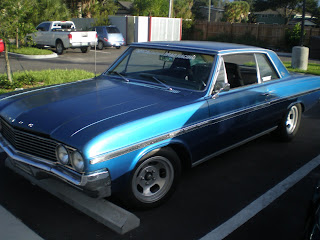 Everyone in the whole entire world, except the pitiful board at General Motors, has been wondering for at least the last year or two how Rick Wagoner still has a job.

But we were completely stunned at another figure connected to the Wagoner tenure. The Wall Street Journal reported today that General Motors has lost $70 billion since 2005. We just hadn't seen the figure down on paper, and it shocked us. $70 billion!

We wonder if there has ever been a leader at a non-profit or for profit that has such a dismal record as Wagoner? And now, his screw ups could put General Motors in the hands of Robert Nardelli, who could not even figure out how to properly run a chain of stores that sold sinks, nails and paint?

General Motors. The next British Leyland!

At least there are some nicely restored Buick Skylarks riding around on Saturday afternoons that we can look at, and take photos of. Their mere existence will prove to future generations that Americans could actually build decent cars. 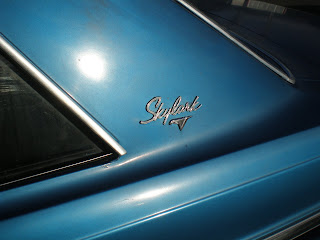 Read our other posts on General Motors.

Email ThisBlogThis!Share to TwitterShare to FacebookShare to Pinterest
Labels: GM

Pabst will open an innovation center at their former home, Milwaukee. Great news BrandlandUSA.com is the website of business and trave...

Not to worry. All of our stories are online at our main site, www.BrandlandUSA.com. Head there, and put your keyword term in the SEARCH box at the top of the page. It's THAT handy.

Read our Frequently Asked Questions. That will tell you why this site isn't just a silly lark.

Since the merger of Delta and Northwest, both brand names should survive. Delta would do well to protect the intellectual property of the Northwest brand and use the name, or risk losing it to a startup. And remember Delta, that ditching Northwest won't make airline fuel any cheaper! February 15, 2007 post, "Why the Northwest Name Should Survive."

Read BrandlandUSA's list of 100 Brands to Bring Back. Actually, it is now more than 100. And if your favorite old brand or product isn't on the list, please add it in the comments area.

100 DEAD BRANDS TO BRING BACK

Check out other great brands that should come back to life with BrandlandUSA's 100 Dead Brands to Bring Back.